Jim Webber posted a picture in an earlier blog entry that I’ve tweaked to reflect my views of large scale software architectural evolution (or lack thereof 8-) over the the past 10 or so years. 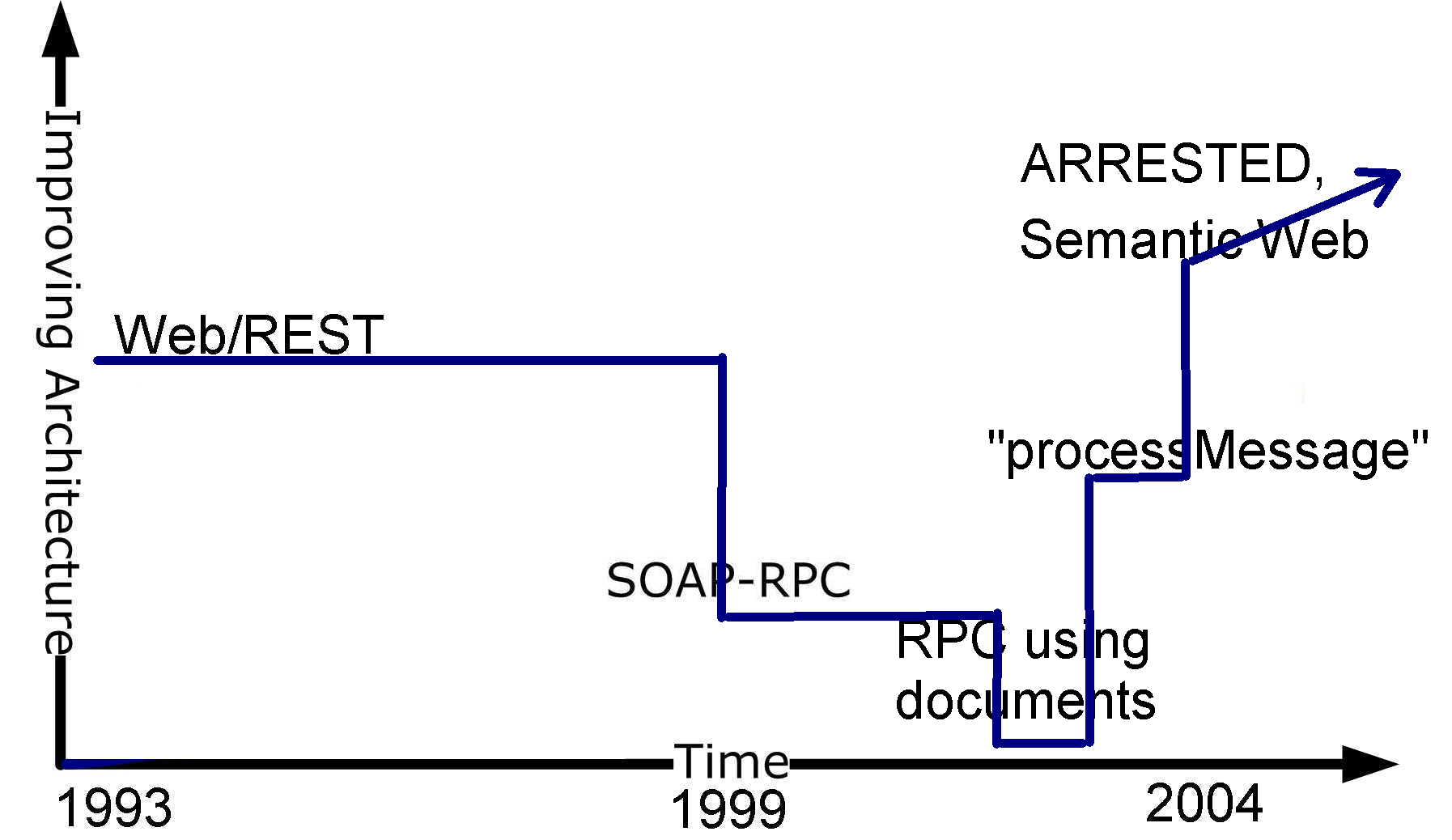 The differences with Jim’s can be explained thusly;